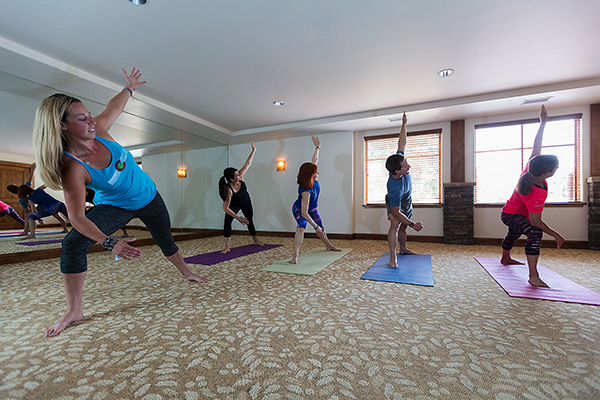 Once doctors moved him out of his hospital bed, he and his wife lived in a rehab unit, which he likened to a hotel room, for six months. The close proximity caused a lot of fights, he says, so they tried all kinds of things to deal with the depressing situation and mounting frustrations. They each chose 10 movies the other hadn’t seen, and when Tim saw “Star Wars” for the first time, it motivated him to read the book — which, in turn, led him to read 12 books that year. They also tried painting, sculpting — anything to pass the time as he recovered, and learned to use his new legs.

However, he resisted outdoor activities. He had had his prosthetics for a couple months, but he didn’t want to burden anyone with the additional necessary equipment to attempt something like skiing, or even fishing.

“The biggest thing was that I was tired of dealing with everything — tired of the wheelchair wheels and putting on the prosthetics,” he says.

Then, one day, he asked his wife to grab his wheelchair from the back of their vehicle. Instead of fetching it, as she had done every day for the previous six months, she told him to “get it myself if I wanted it. She said it was time to move on.” He got the message.

Through word-of-mouth at the hospital, Tim and his wife had heard about Vail Veterans Program. The organization helps rebuild confidence through rehabilitative mountain sports and recreation, and that’s exactly what it did for Tim. His first trip involved white-water rafting, fly-fishing and horseback riding.

“It helped me realize that just because I needed help doing things didn’t mean I couldn’t do them,” he says.

“I saw what I could do and wanted to do more.”

Tim tried other activities through Vail Veterans Program, and found that golf really spoke to him. In fact, it changed his life. He stopped all of his medication, including methadone, Lyrica and Ambien, because he wanted to excel at the sport and didn’t want to be “groggy headed.” For him, golf combines positive aspects of the military, including camaraderie and competition. It also allows him to move in a zone where “everything else fades away.”

He plays in a men’s league and hosts “Homes For Our Troops,” a golf tournament that has raised $350,000 for veterans needing homes in the past seven years. In fact, the nonprofit built him a home in Elizabeth, Colorado, in 2011.

Though he initially dismissed outdoor activities and exercise, he now credits them for turning his life around. He describes his process as one of “moving on, no matter what the situation.”

“To move forward, you have to start, and once you move forward you will see things you didn’t see in yourself,” Tim says.

“From a mental health point of view, we don’t have to advertise that exercise is important,” says Licensed Psychologist Dr. George McNeill. “Everyone knows it is.”

Because it’s so simple and inexpensive, movement is an often-neglected intervention in mental health care. Yet, plenty of studies have indicated exercise can treat mild to moderate depression as effectively as antidepressants, without the side effects. It naturally reduces stress and anxiety and improves concentration, memory and mood, says Twyla Gingrich, a licensed clinical social worker at Mind Springs Health and owner of Samya Yoga Healing. It decreases the severity of attention-deficit/hyperactivity disorder (ADHD) symptoms and improves cognitive function. Furthermore, participating in enjoyable and meaningful activities helps reduce the symptoms of post-traumatic stress disorder (PTSD). Exercise also aids in feel-good chemical production, such as serotonin, which the body stops producing in efficient quantities once it’s been stuck in a stress response (fight-or-flight) pattern, Dr. McNeill says.

“For most people dealing with depression and anxiety and even PTSD, most of the time, the nervous system is affected and over-firing in the sympathetic (fight or flight response). It usually starts with becoming overwhelmed,” Twyla says. “When we get our body moving, chemicals release — like oxytocin, a calming, feel-good chemical and stress reliever, and endorphins and adrenaline — pick-me-ups.”

Yoga, in particular, is an activity that brings awareness to the body, breath and present moment. Thoughts about the past and future exacerbate depression and anxiety, while, alternatively, when we become “aware of what’s happening now, usually we’re doing OK … mind chatter is a big part of what fuels a lot of mental illness, especially depression and anxiety,” says Twyla.

Group classes, like yoga, strengthening or cardio, help people move from isolation to feeling part of a community, “which I think people need more and more in a time when we have less community due to technology,” she says. “(Plus), you have at least one other person to motivate you or help you feel accountable.”

Dr. McNeill suggests using the research on exercise’s benefits as inspiration because, as physical activity increases, it creates a positive feedback loop. “If someone is anxious or depressed and they commit to exercising, it gives them a sense of self-mastery. It provides feelings of self-confidence and self-efficacy and a sense of well-being.”

However, sometimes it’s hard enough to get out of bed and make it through the day with depression, anxiety or other mental health issues. Twyla admits it’s difficult to start, “but once they start, they feel much better.” She reminds people to let go of thoughts that create sad or fearful “stories” by dropping excuses and beginning with five minutes of movement.

“If you don’t want to do it for yourself, do it for someone you love,” Tim says.

“Exercise is a great tool for mental health,” Twyla says, “but if the symptoms are too severe there are a number of tools in the toolbox. We, as Americans, try to look for the silver bullet, and there isn’t one. Healthy well-being is a lifestyle. It takes practice every day.

“What I see in this community — and in America in general — comes back to competition. This competitive mindset alone can fuel mental health issues if we compare ourselves and beat ourselves up. (It’s about) enjoyment and having fun with it.”

As Chris Knerl, performance manager at Howard Head Performance Powered by EXOS, sums it up: “Exercise does a world of good for your psychological state.”

But it’s not enough to just read about it, or know the facts. As Tim’s story illustrates, it takes willingness. Fortunately, only a small amount of willingness is necessary. Once the ball starts rolling, it tends to gather momentum.

“Exercise motivated me to be a better person. It just does all kinds of things, and it trickles down,” Tim says. “Self-motivation — pushing yourself to do better — is one of the best therapies out there.”