Vail Health says no smoking in the operating room 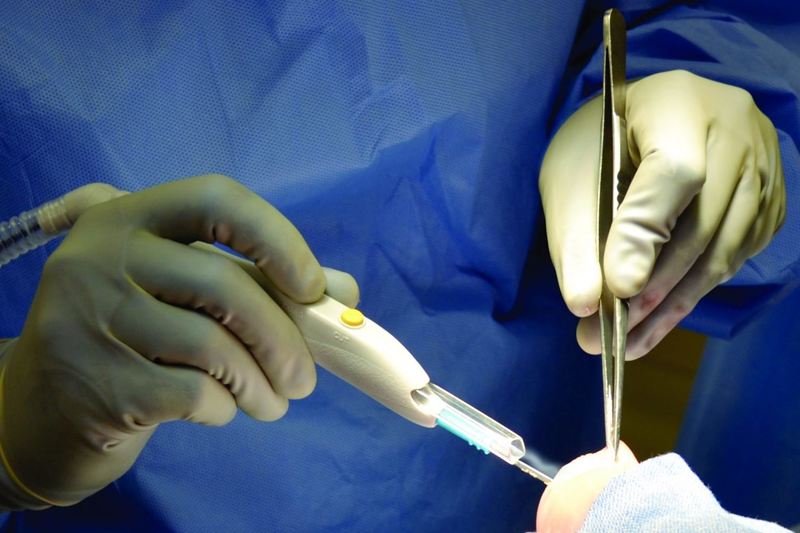 This article first appeared on Vaildaily.com on January 12th, 2020 written by Pam Boyd.

EAGLE COUNTY — When you envision a workplace that exposes employees to dangerous smoke conditions, chances are images of casinos or pool halls come to mind.

But each day, workers are exposed to dangerous smoke conditions in a surprising location — hospital operating rooms.

Surgical smoke is the unwanted byproduct of energy-generating devices that are used in the majority of surgeries. Surgical smoke contains toxic chemicals such as benzene, formaldehyde, hydrogen cyanide and carbon monoxide along with viruses, bacteria, blood and cancer cells. Inhalation and absorption of surgical smoke pose serious health risks.

According to the Association of periOperative Registered Nurses (AORN), a Denver-based professional organization, the risks associated with surgical smoke have been documented. An extensive study compiled by four physicians and published in a 2012 edition of the Journal of Plastic Reconstruction Aesthetic Surgery said the average daily impact of surgical smoke to operating room workers is equivalent to inhaling the smoke of 27 to 30 unfiltered cigarettes.

That data drew the attention of Vail Health officials. The hospital recently received the Go Clear Award from AORN for its achievement in eliminating hazardous smoke from its surgical procedures.


Going clear
“I think that surgical smoke is something that’s not well known,” noted Jennifer Pennock, senior manager of governmental affairs for AORN. “But 85% to 90% of surgeries generate surgical smoke because of the heat-related tools that are being used.”

Patients undergoing surgery are likely unaware of surgical smoke, Pennock noted. “If you are having surgery, chances are you aren’t awake and so you don’t know there is smoke in the room,” Pennock said.

Patient exposure is mitigated by duration.

“A patient is in the operating room for a single day. The surgical staff members are in the room for up to 12 hours, several times a week,” Pennock said. “For the surgical team, it’s their job to be in the room. It is their place of work.”

Pennock noted that hospital HVAC units are designed to ventilate operating room air away from the rest of the facility. “But that doesn’t protect the people who are in the room, around the operating table,” she noted.

There are several options to address surgical smoke, Pennock continued. When first introduced, surgical smoke evacuation equipment could be loud and bulky, but that is no longer the case.

“There are a lot of different options out there now. There isn’t just one brand or one type of method,” Pennock said.

Some surgical instruments have tubing directly attached to suck away surgical smoke. Other smoke evacuation devices are operated by a separate person during surgeries. Others can be affixed to a surgical site. All of these technologies can be effective, Pennock said.

“We do hear back from people that once a hospital switches over … the staff are happier and the surgeons are happier. Surgical professionals want to work in hospitals that have this equipment.”

“Vail Health earned its award by undergoing comprehensive surgical smoke education and testing and for providing the medical devices and resources necessary to evacuate surgical smoke during all smoke-generating procedures,” Welsh said.

“This was an enormous project that involved the collaboration and effort of many departments and locations during several months,” said Monica Goldwater, the senior director of perioperative services at Vail Health. “We are proud to provide a safe environment for our staff, providers and patients.”

“With this award, Vail Health is demonstrating its deep commitment to the health and safety of its staff and community,” said AORN CEO and Executive Director Linda Groah. “Total evacuation needs to become the standard for all procedures that generate surgical smoke.”

Last year the Colorado Legislature passed a law stating that by May 1, 2021, hospitals and surgical centers in the state must adopt and implement policies to prevent human exposure to surgical smoke. Colorado and Rhode Island are the first two states to address surgical smoke evacuation by law.

“We are still working on this issue across the nation, but we are excited to have our home state be a leader in the effort,” said Pennock.