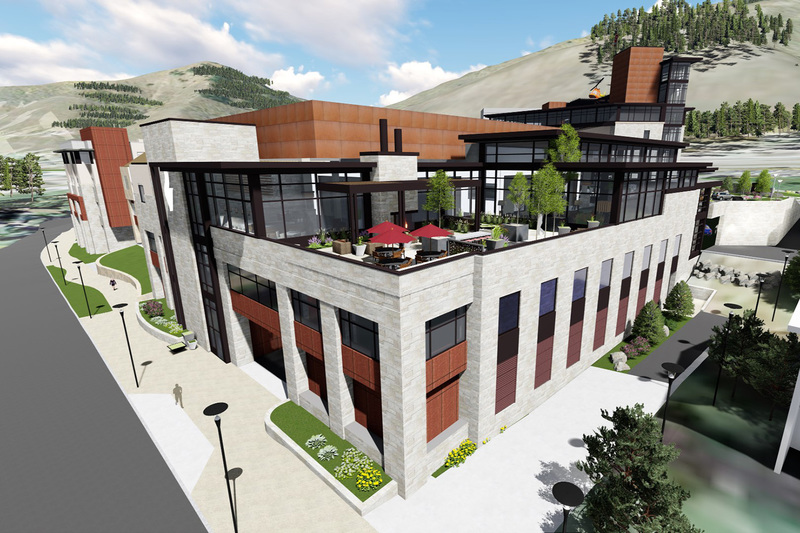 VAIL — More than two years of work remain in the five-year, $190 million plan to remake Vail Health Hospital, but construction so far remains on schedule.

Vail Health began work on the project in 2015 and last year opened the west wing expansion. Work now continues on the east wing expansion, which will add a new emergency department and bring a helipad to the hospital's Vail campus. Air ambulances now use a Colorado Department of Transportation-owned site just east of the town of Vail's municipal campus.

Construction, particularly in the mountains, always brings challenges. Responding via email to a question, Vail Health CEO Doris Kirchner noted one of the biggest challenges so far has been dismantling the hospital's parking structure. The new structure is expected to be complete in 2020.

Kirchner wrote that the large amount of steel within the concrete structure has been difficult to remove.

"Whereas a parking structure of this size might normally be imploded for deconstruction, ours was located between the hospital and Medical Professional Building (US Bank)," Kirchner wrote. "To minimize vibration and noise, the garage had to be dismantled piece by piece using a large claw-like machine. The area was simultaneously hosed with water to reduce dust. It was a much more time-consuming process, but it allowed patient care to be uninterrupted."


Keeping the hospital open has been a continuing challenge, but the facility has remained open 24 hours every day since work began.

Kirchner credited the construction team with allowing the facility to continue its work.

"Everything takes place behind the scenes to have minimum impact," Kirchner wrote.

The east wing is expected to open in late 2020. Kirchner wrote that the facility will open in its entirety when the work is done. Until then, operations are being moved either to the hospital's west wing or to one of Vail Health's nine other sites around the valley.

The new helipad was the subject of some controversy as the plan went through the town of Vail's approval process.

Neighbors worried about the possibility of noise and expressed concerns about safety. Vail Health officials said the on-campus helipad will save critical time in getting patients into air ambulances. For the roughly 70 air ambulance trips per year seen today, a patient must be loaded into an ambulance at the hospital and transported across the street to the current helipad. Landing aircraft so close to South Frontage Road requires closing the road until a helicopter lands and takes off.

All that time is crucial, since air ambulance patients have a critical need. The new helipad will allow patients to be moved to an air ambulance directly from the hospital.

OPENING ALL AT ONCE

Kirchner wrote that the helipad is expected to be finished by the end of 2019 but won't be used until the entire east wing project is finished.

The east wing project will also change the hospital's front door. The entrance will be moved so patient traffic will enter the facility from South Frontage Road.

That will move most vehicular traffic off West Meadow Drive. The exception will be delivery trucks, which will use a new, enclosed loading and delivery area.

At some point, traffic off South Frontage Road will be controlled by a roundabout that will serve Vail Health Hospital, the Vail Municipal Building — the entrance to which was adjusted in 2017 — and the Evergreen Lodge.

Kirchner wrote that timing of the roundabout work is up to the town.

At the moment, the east wing project is still in its early stages, with a lot of heavy work set to begin in the next few months. Foundation work begins in November of this year, with the pre-cast concrete structure erection beginning in April 2019.

When the structure is complete, then comes the job of equipping the facility. Until then, patients will still use the old front entrance. Fortunately, there are people on staff to provide directions during construction.